The first wave of Team South Africa competitors have jetted into Rio de Janeiro for the 2016 Olympic Games…#teamSArise.
As the sun rose on a Sunday morning in Brazil, South African Airways Flight SA 224 proudly landed at Galeão International Airport.
That, after first dropping off the men’s Under-23 football side in Sao Paulo in the wee hours of the morning.
Owen da Gama’s charges will open their campaign in the city of Brasilia on 4 August before staying in the country’s federal capital for their second match against Denmark and closing up their group fixtures back in Sao Paulo versus Iraq.
The women’s side were the first South African sports code to enter the spanking new Athlete’s Village.
Football is the advance guard of sportsmen and women who will do duty for Team South Africa at these Games.
The side, coached by Vera Pauw, open their Games with a tough match against hosts Brazil at the Olympic Stadium on 3 August.
Contrary to various media reports that the village was ‘unliveable’, Team South Africa’s apartment block is excellent accommodation with large en suite apartments, with air conditioning, reliable wifi in every room, reception areas, balconies, kitchen sinks, mosquito pads, fans etc.
With the opening ceremony still 11 days away and the village almost complete, the standards already look like being on a par with most Olympic Athletes’ Villages to date. 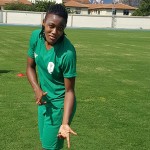 Injury blow for Banyana as injured Nogwanya ruled out 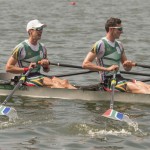