A provisional team of 11 will represent South Africa in the IAAF World Half-marathon championships in Birmingham, England in October.

Athletics South Africa has released a provisional team of eight men and three women for the October 11 race , this after the recent Nedbank South African Half-marathon Championships recently held in Port Elizabeth.

The Nedbank SA 10km Championships, due to be held in Stellenbosch on 29 August, will be the battlefield for the members in the provisional team to secure their place in the final team to England.

Irene’s Annerien van Schalkwyk, who surprised both friend and foe with an excellent title winning performance in Port Elizabeth, makes up the women’s team together with Rene Kalmer and Poppy Mlambo. 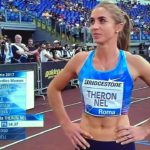 Podium for Nel, personal best for Scott in Rome

By GARY LEMKE in Tokyo On the third day of staying in the Paralympic village bubble “it” finally dawned on me. “It” wasn’t the sheer visual aspect of the 4 000-plus Paralympians with disabilities all in the same environment of towering 17-storey apartments and surrounded by a 4km perimeter fence. Admittedly, that is the initial and most common conclusion of… END_OF_DOCUMENT_TOKEN_TO_BE_REPLACED